Shoshin comes from Zen, which is a school of thought that emphasizes meditation and self-control. 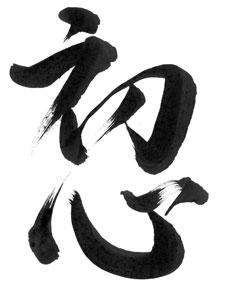 And according to Shunryu Suzuki, who was at the forefront in spreading Zen Buddhism in the United States:

This lesson can also be applied to people as well. Having a pre conceived thought about a person can misinform you about the words spoken by such person. This could also be in the form of being dismissive on the ideas on a younger person or a beginner, simply because one already has already his/her own belief system. Focus should be more on the message, as opposed to the messenger. This will make you a happier and more creative person, because

Power comes from knowledge. And knowledge comes from universe around you. You can’t follow all the paths in life yourself. But you can follow the important paths, only if you learn from the paths of those before and around you in order to discover your own path and also leave a trail for those behind or beside you.

The most powerful people don’t necessarily know how to shoot a gun. They simply have a head full of Knowledge - Wisdom.

Doing the same things would most probably lead to the same results.

Have and open mind like a child, live anew today and discover new paths in your life!.
Have a beginner’s mind!.

« How I keep my Inbox at 0 Simple expense tracking - You are what you spend! »